You don’t want to be distracted in Lagos Traffic

I had just driven into the road coming from 7up going towards tipper in Ketu when I noticed these two young boys in black, they seemed to be smiling and in union towards a purpose. I could see the mischievous smile on their faces as they headed towards the silver car to my left in the slowly moving traffic.

I suspected that they were up to no good so I quickly honked my horn to get the man on alert. And trust me my Vanessa’s horn is so loud, she could wake even the dead.

The boys split directions, one of them headed towards the driver’s side while the other, the passenger’s area. The one who had gone to the passenger’s side made a noise as though he was talking to the man.

I saw the man lift his head to look at the one to his side and the boy quickly continued walking. I immediately understood what had happened. The plan was to distract him so that the other one would snatch his phone while in traffic.

After they left, a hawker came to tell the man in silver car to wind up his passenger’s side completely as that is the style of those guys.

Now the unfortunate thing here is, the warning came after the act. The man looked towards my car and nodded to me, acknowledging that he had already seen them from the mirror too. I guess when I honked he lifted his eyes to know who was disturbing and why and then his eyes caught the two idiots so he had taken precaution. He had wound up the other glass, perhaps they didn’t notice that.

Two days ago while I was driving through the same road, one of those boys had come to tell me that my plate number was falling off and I just wound up. I had not even been thinking about thieves. I had only wound up because of coronavirus and I didn’t want anyone talking to me so closely. Luckily my phone had been too far for him to have easily picked it.

These boys are becoming a menace around that area spanning between MKO Abiola Garden and Tipper Bus stop in Ketu. If you are driving or in traffic within that area be careful with your phone and your money as well.

The unfortunate thing is everybody minds their business in traffic. My sister even told me of one day she was in traffic along former tollgate and two young boys were threatening to shoot a commuter in his car if he didn’t give them money and he was in traffic where every other road user could see them.

Like, can you imagine the effrontery? And the fact that they were on a busy road didn’t scare them.

When you mistakenly travel to the abroad

There are a few states within Nigeria that have those White lines, known as Zebra crossing drawn across the roads, from one pavement down to the beginning of another pavement. I still wonder what the Read more…

I encountered a con artiste at the ATM

She continued, “They debited me, I just wanted to tell her to let me transfer to her so that she would withdraw on my behalf.” 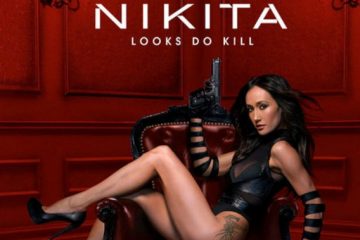 The Polywood of Nigeria

Hmm, politics in Nigeria is interesting. It is exactly like Nollywood, like it is a complete script for a blockbuster movie. If storytellers begin to look deeply into the lives of our Politicians and people Read more…