“Mrs. Eremosele! You cannot honestly be considering going for lunch when you are yet to complete your morning deliverables.” Mr. Patrick the general manager of Pristinest Logistics bellowed as he stood in front of her desk.

From the glass divider he had watched her yawn. After which she’d glance towards his office briefly to see if he was watching, she then stared at the massive clock hanging opposite her before getting up and snatching her bag from beneath the table. Perhaps she thought he had not noticed.

This woman was literally the only one who came late to work yet was the first to close everyday. They had over fifty customers waiting to be booked for deliveries with the next available dispatch rider or at least placed for dispatch tomorrow and she had barely done four since she came to work this morning and yet, there she was scrambling her bag ready to go out for lunch.

He was stepping out for a lunch meeting with the Managing Director of First Pristinest Nigeria Limited to hand in a report of their joint venture and this woman was more interested in filling her already large belly.

Helina sighed and dropped her large frame back into her seat. This man was too much of a bone in her neck. She knew he was only angry because she came in late today but she had already filled in fifteen customers and she was sure that if she gave it another hour she would be done. But her tummy was begging to be filled and she could not think of anything else than a plate of sizzling hot jollof rice garnished with some minced meat, carrot and grains of nice yellow sweet corn with grilled chicken bought from her favourite food place.

Oh the joy, she closed her eyes as the thought of the meal made her mouth water. She could already perceive the aroma of the delicious scent of cooked meal with steam oozing out of the plate and hitting her nose at all the right angles. So strong was the aroma that you could taste it just by smelling.

“Is she ok?” Mr. Patrick asked, directing his question at no one. “You don’t get up until you are done with all of them.” He said, pocketing his left palm in his pocket as he fished out his car key. He left her in her imaginary food world.

Helina shuddered out of her reverie when the door slammed loudly against its hinges. She sighed, there was no way she was going to get any tangible work done with her stomach speaking so loudly. Her face brightened when she remembered an ad she’d seen on social media this morning. She rummaged her bag, pulling out her phone to check Playstore.

She found what she was looking for- the Chow 24 app looking bright and red like she food she was imagining. Within 3 seconds the app had downloaded into her phone. She browsed through the options of store, narrowing her search options by preparation time, cuisine of which she choose African and then Distance. Her smile broadened when her favourite food vendor came up on the list- Yakoyo Abula Joint.

By her calculation, the GM would not be back in another 60 minutes considering the distance of where he was going but she dare not step out. The CCTV would capture her or the security guys or perhaps her colleagues would spill one way or the other. She was not ready to take that chance besides what good will it do her to go out and have to rush the meal. She was already at the verge of getting a query.

Within two minutes of making her order, an attendant from Chow 24 called to confirm. She settled into her seat satisfied like someone who had just gotten the audience of the President of the United States.

The work in front of her melted like a rock of ice placed beside a ball of fire, she restarted her system and inputted the details of each client against riders based on the location where the item was headed. She picked up the intercom making calls to each rider to confirm their location and the number of items yet undelivered.

She had barely gone through five when the rider from Chow 24 called to confirm which of the office buildings he was entering. She leapt in joy and raced out to collect her food.

Helina placed the steaming hot plate of rice in front of her as she worked, scooping hot portions of food into her mouth and hashing and hooing before chewing. She smirked in satisfaction as the taste of the food hit the right spots in her taste bud. What wonders Bay leaf could do in Jollof rice, that feel of party jollof caused the butterflies to dance in her stomach. Mr. Patrick had only said she shouldn’t go for lunch right? Not that she should not eat lunch.

Wasn’t she a smart one? She beamed as she ate and imputed more details, pausing only to give herself enough time to speak to the rider on the other end of the line.

“Are you done with the work?” Mr. Patrick asked when he walked into the office some one hour thirty minutes later. He was exhausted and hungry as hell. The meeting had not gone as planned, rather than meet at a restaurant as they had planned, the MD of First Pristinest had asked him to come over to a filling station in Marina where he had been closing another deal and they’d discussed the reports in another man’s office.

“Yes sir.” Helina responded light heartedly grinning from ear to ear. She smirked, sucking her teeth. She tasted the freshness of the meal afresh, her throat still felt warm from the soft melting of the white meat inside her oesophagus.

“Why are you so happy?” he asked though not expecting any answers and headed towards his office. “Where is the messenger, let her go get me some snacks I am famished.”

“Sir, maybe you should use Chow 24 and get yourself a beautiful meal from your choiced restaurant.” She called after him, sitting up in her chair, maintaining her back to him.

Mr. Patrick stopped and turned to her, a frown creased his brow, “Chow 24?” He had never heard of it. He smirked and shook his head. That explained why she was so excited. Just like his wife, this woman loved food and no matter how much you thought you’d trapped them they always found a way. He chuckled. “Yea sure. I am certain that with you on top of my food issues I won’t be disappointed.”

Adeyemi strode through the sitting room into the dinning room. He opened the refrigerator and lowered his frame to look into the fridge. His eyes popped open. The fridge was filled with Ugu, Watermelon, Cucumber Read more… 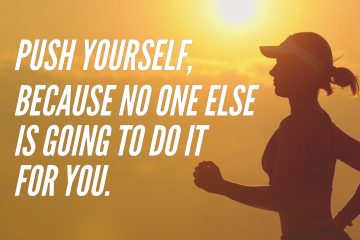